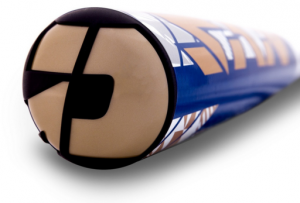 After more than three hours in the cage with the BBCOR, Senior League, and Youth (little league) versions of the NVS Vexxum, we’d quickly recommend the bat to the player who prefers the sting dampening of a two-piece hybrid, hot out of the wrapper performance of an aluminum barrel and a lighter than average swing weight.

As we mentioned above, the budget-conscious player looking for legitimate performance with a bat meant to dampen sting that also provides a light swing weight should consider the NVS Vexxum as one of their top two or three bats going into signing day. The lengthened barrel on the 2016 model was well-received among hitters testing the bat.


The 2016 DeMarini NVS Vexxum is back with some color ups and a longer barrel. It remains one of our favorite hybrid bats on the market, focusing on a more balanced swing and a more balanced price point. Swinging this sweet singing two-piece from DeMarini Bats and getting to write about it is one of the highlights of our year. Weird, we know. But the 2016 DeMarini NVS Vexxum Review was well worth the wait.xum.

In our tests, we found the added barrel length in the 2016 version gives the bat a real updated feel, and among a couple of the 12 to 14-year-olds, the Vexxum was considered their favorite bat despite the bat’s shorter barrel compared to some 2016 composite barreled bats. The differing color designs based on the model of Vexxum were also a hit among this demographic.

It is always difficult to find perfect comparisons of bats across an entire model—especially one as robust as the NVS Vexxum. A light swinging hybrid bat with a full set of model options are few and far between. The most obvious comparison in the 2016 class is the Mizuno Nighthawk. However, the Nighthawk is slightly different. It comes in a Senior Barrel that is 2 3/4 instead of 2 5/8 like the Vexxum; it does not come in a Junior Big Barrel version, whereas the Vexxum does, and the Little League (Youth) Barrel is a drop 13 instead of a drop 12. But other than those forgivable differences, it’s a close match in the sense of a light swinging hybrid bat with a good-sized barrel.

In the BBCOR space, in particular, you could claim the Rawlings TRIO, Easton 2016 Z-Core HMX Hybrid, and RIP-IT Element Two as close comparisons to the light swinging hybrid realm.  You’d be right. In the Big Barrel arena, Anderson’s new Centerfire could be thought of as similar too.

Compared to the 2015 version, the 2016 NVS Vexxum comes with an updated color scheme and a longer barrel. We found the longer barrel to be very well received among our testers.

While we are often advocates of looking for last year’s model, we think the 2016 Vexxum is a good example of when buying the newer one may make some sense. This, of course, is a personal decision based on budget and what deals you can find.

The 2016 NVS Vexxum review wouldn’t be complete without the detail of the bat’s composition. It is, like all NVS Vexxums before it, a two-piece hybrid bat. Meaning, the bat’s handle is made of composite (plastic), and the barrel is made of an aluminum alloy (aluminum with some other metal additives to make it stronger).

The bat’s swing weight is meant for the hitter looking for a light swing. Some have claimed the Vexxum even swings lighter than the CF8 this year, but we found their swing weights to be nearly identical on the sizes we were able to measure. The two-piece hybrid NVS Vexxum should be considered a near hand loaded bat.