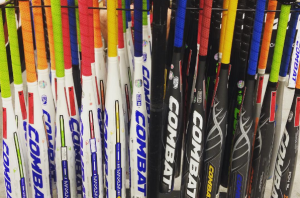 As the Combat Portent G4 is offered in so many sizes, it is a difficult task to recommend the bat in a sweeping sentence or two. Very generally, a hitter who likes an ultra balanced feel on a single piece bat should generally like the G4. Parents who like a steal of a deal will love the G4.


Sadly, Combat is now defunct. But don’t blame it on the bats—they were great. Blame it on the parent company’s inability to predict the future. Combat, with Sport’s Authority, is the latest in a string of defeats for the financial problems sporting equipment brands and vendors face. We noticed, however, we failed to put up a review of the 2016 Combat Portent G4 bat. Now that they’ve been out for a while, had several user reviews written on them and are a rock bottom pricing, we publish our 2016 Combat Portent G4 review. It is, we dare say, the last review we will ever write on a Combat bat.

In each category—especially the youth barrel and senior league drop 10—we would recommend the bat to at least some part of the market. Although a hand ringer every so often, contact with the G4 in the sweet spot of the barrel comes with a sweet driving feeling.

Within the COMBAT brand, the most obvious comparison is the Combat MAXUM. That Maxum has a larger barrel and a larger price point. The Maxum uses Combat’s latest (and last) iteration of performance single piece composites while the G4 is, arguably, a year or two behind. In terms of pricing, at the time of this writing, G4s could be found for less than $50 brand new. At that price point, it would difficult to go wrong.

Like every bat from Combat, most of which we loved, the Portent G4 is in a long line of single-piece composite bats. The bats are built for a huge barrel and a light swing. In theory, the larger the barrel, the bigger the sweet spot, and according to those who have used the Combat line for ages now, the sweet spot on the G4 is as big as they get. That is, of course, if you don’t count the Combat MAXUM, which we could argue is the Portent G4’s older brother.

Single piece composite bats tend to wring the hands more on mishits, and occasionally, suffer from durability issues. Folks that don’t like the Combat struggle with hand ring. Those who do love it praise the large barrel, great price, and available sizing options.