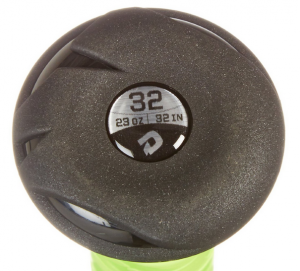 DeMarini releases a whole slew of bat lines every year in baseball. Their top shelf bat, for 2015, is the ever famous two-piece balanced composite CF7 (which we love).


Their other top shelf bat, but end loaded, is the two-piece hybrid Voodoo Overlord FT (which we love). They also have a value option in the high end performance two piece arena named the NVS Vexxum (which we love).

The less heralded yet noteworthy fourth bat in the DeMarini 2015 line up is the Insane. This bat serves as the only single piece bat in their baseball line up and, like last year, is a middle weighted SC4 alloy with a solid construction and knock down power.

On a related note, end caps, these days, are the frontier for hype in the industry. From welded composites to end caps that go 1/4 the way down the barrel to inverted, shaped and multi-composite flux-capacitor type names it seems like the hype train is alive and well. The Insane’s claim is the DeMarini designed end cap reverberates power back into the barrel.

We also used our digital calipers to measure the actual size of the barrel on the 2 5/8, 2 1/4 and BBCOR. In the 2 5/8 category the barrel is as big they come–it is as large as the senior league Easton XL3.

The end cap weight does plays a crucial role in swing weight (especially in an aluminum bat) but no one should be believe that wind resistance has anything to do with anything here. Speaking of swing weight, We measured the swing weight and found it similar to the NVS Vexxum or the 715 from Slugger. The Insane should be in the middle swing weight, considered towards the heavier end.

There are plenty of deciding factors on why to acquire the 2015 Insane:

The Insane in the right hands are bomb droppers. Hitters who appreciate the feel of a one piece stick and a little rattle on mishits will enjoy this bat. And their parents will love the price point.