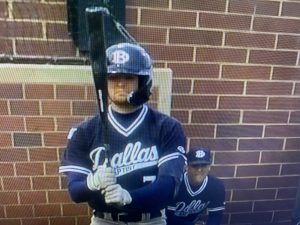 Note: Bats and models denoted with an asterisks (*) are still in progress. Current rating reflects our best estimate. Expect updates.


We know almost nothing about the 2023 Rawlings Proto – Aluminum Tech Bat. Our guess is that this is a Prototype bat that they wanted some of their high-level baseball teams to use at the college level. We have no confirmation from Rawlings about the availability of the bat, but it isn’t uncommon for brands to release bats to get feedback. Will it be called the Proto-Aluminum Tech? That seems unlikely, instead, and this is our guess, it will be rebranded once they’ve dialed in the player’s feedback. When it will be available to the public? Your guess is as good as ours, but it does seem crazy to get approval on a bat to be used in the NCAA tourney only to turn around and shelve the bat for a year or two. We’d expect the live version of this bat in the fall of 2022, but that’s nothing more than a guess.

The bat is only approved for BBCOR in a 34 for now, but that’s likely because it’s just a prototype. If they do move forward with it then you can expect more sizes.

Rawlings
We know almost nothing about Rawlings Top Secret "Proto - Aluminum Tech" BBCOR bat. It is approved in a 34-inch and we saw a number of Dallas Baptist Players switch to the bat from their 5150s/Velos towards the end of May.
Sizing: 34-inch
Release Date:
Serial: BB3CP3
Bat Type: Single Piece Alloy
Barrel Size: 2 5/8
See other BBCOR Bats

If this is a single-piece alloy bat, and the guys on DBU and others who were swinging the 5150 and VELO switched over, then we would expect it to be a stiff-feeling bat with a mild endload and a good-sized barrel. But, at this point, anyone’s guess is as good as ours. We’ll keep this page updated as we learn more.

Is this bat the updated 5150? The updated VELO? Or something entirely different? We do believe it is a single-piece alloy bat so it likely won’t replace the Quatro Pro or Quatro Pro Max. In any case, after some big-name college programs last year, which were Rawlings schools, were seen using pre-2015 BBCOR bats from Rawlings they no doubt felt the pressure to make something serious.

The bat sounds wood/composite-like. But, it is most certainly designated as an approved ‘metal’ BBCOR bat, as opposed to a composite barrel. At least on TV the barrel size looks good and the fact that 6 of the 9 players on DBU had switched to it by the end of May shows it’s clearly going to be a good BBCOR bat. How it’s rolled out and sold to the public will be interesting to track.