If you’ve ever met someone who has a Boombah bat bag then you know these bags are LOVED. And I mean absolutely loved. We took three different versions for a spin recently, got some player feedback and we really have a hard time seeing anything Boombah did wrong. These bags are recommendable far and wide.

Sheepishly, we had never even heard of Boombah until about two months ago when we reviewed their bats. We saw they have bags, noticed a few kids in our league had them, acquired a couple to use and were quickly off to the ‘slobber-land’ of coveting bat bags.

If Easton’s motto is a bat for every player, Boombah’s could be a bat bag for every player. Boombah has the largest selection of baseball and softball gear and bat bags on the market. They have small bags and big bags; wheeled bags and carry bags; airplane bags and catcher’s bags; bags for softball and baseball; blue bags and red bags and green bags and digi camo and multi colored bags; they have bat bags that can carry just a small set of a gear and gear bags that could carry an entire t-ball team. We tried to get an accurate count and found it difficult because if you take in the color combinations, Boombah has well over 200 different types of bat bags. Yes, 200.

Boombah bags are also as well thought out as any bags we have seen. The higher end ones have a vented shoe compartments; the logo’s are made of velcro for easy placement of batting gloves; there are outside pockets for water bottles and easy access to keys, wallets and phones; most inside compartments are adjustable in size; even some of the smallest bat bags can carry four bats. The list goes on. Here are some highlights of some specific bags.

For starters, take the Rolling Super Pack Camo bag from Boombah. The bag is one of 19 they have listed on their site. It is a large roller bag built more square than long (unlike most other roller bags that are longer rather than square). This bag comes in 17 different color combinations. 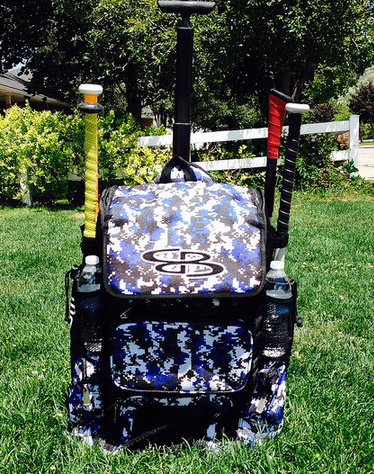 The rolling superpack is our favorite bag in the entire Boombah line up and that is, quite honestly, saying a lot. The bag has, among other things:

The digi camo look is very in and with an array of color options at a price point sub $80 how can you go wrong?

The only complaint we’ve read about, but not experienced, is that rolling the bag with a softer underside may create some holes earlier than hoped for. Good advice to follow if you see your player dragging it along the ground.

It is really hard to claim what bat bag is ‘best’ as, after all, it is just a bag that holds stuff. But this bag has to be near the top and if we were buying bags for our boys this would be it. 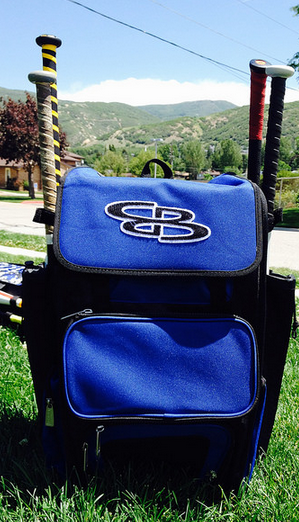 There is a non rolling/non camo version of the Rolling Superpack Camo bag called, unsurprisingly, the Superpack Bat Pack. This bag has many of the same features as the rolling version with the obvious exception of the rolling wheels.

The bag is the exact same size as the rolling version but is built with straps to carry like a back pack. It also has the individual vented compartment for shoes, a detachable pocket and a Boombah logo that will hold batting gloves between innings.

Of course there are the same heavy duty zippers and zipper pulls, 4 slots for bats and reinforced J-hooks to hang on the fence. Dimensions are 23.5″ Tall, 13.5″ Wide and 9.5″ deep.

The Beast Bag by Boombah is the largest one they make. It is a soft cased roller bag with a hard bottom that could hide a small army of tiny people or, better yet, about any combination of baseball gear imaginable. It is 40″ long, 14″ wide and 13″ wide.

The bag has a detachable flap that is customizable, well built wheels, a separate compartment on the top for quick access items. Boombah.com says the bag can hold up to 8 bats. We think it could seriously hold 20 if you wanted it to. 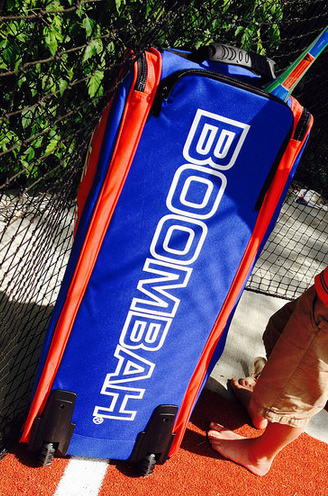 It also has heavy duty zippers, straps and fence hooks with a ventilated shoe compartment. There is a soft lined valuables pocket on the side for delicate items (like a phone) and an easy to grab handle. This beast of a beast bag has a billion features.

Our first love is bats, as bags by nature lack the excitement of an object meant to send projectiles rocketing into space. But if there is company that can ignite our excitement in bags, it’s Boombah. The options are endless and the prices are fantastic. These bags are an accomplishment in both form and function. Boombah is a direct to consumer company so the only place to pick these up is on their website. 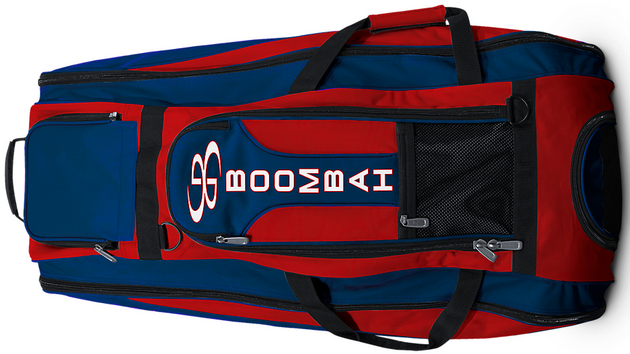 My kids have always used Boombah bags as far back as 8 years.
There is no comparison. Best bags on the market by far.
My daughter’s college team uses a Ringor backpack model and there is no extra room in the bag after your glove and helmet are placed inside. If you want squeeze your cleats in everything gets dirty.
Boombah has an extra compartment for almost anything you could think of.