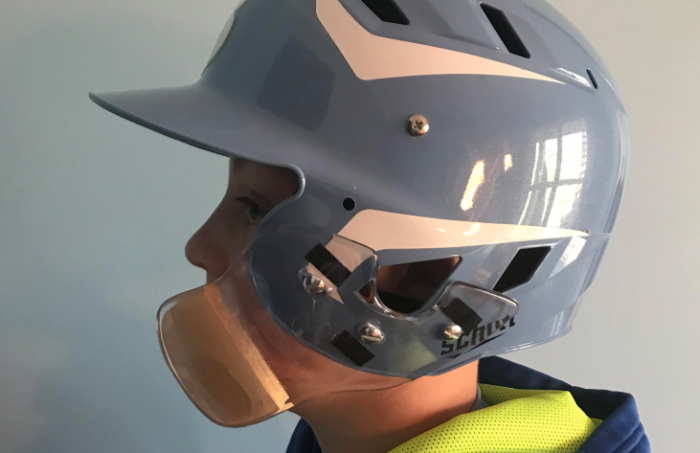 If you have seen any MLB games this season you’ve seen a new piece of face guard protection for players. Guys like Mike Trout and Bryce Harper have a new thing on their helmet.  It seems like at least half of all hitters are wearing a baseball helmet face guard.

There are, roughly, three of these on the market today.

More Jaw Guards are on the way. Little League had many manufacturers point out that their helmets aren’t “safe” with a Markwort C-Flap. The USA Today pointed out how dumb this stuff was. Safety gear is not safe because, uh, we can’t sell it to you.

Some might argue that MLB or even college level hitters need more protection because they routinely face 95+ mph heaters.  This is true. But, they also have the benefit of years of experience, faster reaction times, and pitchers that are throwing from further away. (You may also like our conversation on youth pitcher head protection).

Drilling holes in a batting helmet to attach the C-Flap from Markwort will remove the warranty and the batting helmet’s NOCSAE certification. This means, at least in some circles, if an injury occurs due to a helmet failure with a C-Flap attached then there would be no recourse for liability on the company that produced the helmet.

By extension, some have claimed that Little League makes helmets with an installed C-Flap ILLEGAL for play. Decertified (ie modified) helmets should probably not be certified. But, the irony is noteworthy considering MLB players use this exact C-Flap on their Rawlings helmets. Yet Little Leaguers are would be breaking the rules and leagues be susceptible to lawsuits…

Boombah’s face guard does not have this problem as the face guard uses the pre-drilled holes in the helmet.

Other companies are working on producing a jaw protection on their youth helmets that are certified. But, as of this writing, there is nothing on the market aside from Boombah.

Want to see the Markwort in Action?

While our young players may not be facing Aroldis Chapman fastballs, if you asked them, it sometimes feels like it.

As parents and coaches we enjoy watching our players play and get better. Nothing affects their progress more than a fear of the ball.  One easy way to set young minds a little more at ease is to provide them with every available protective tool.  The Markwort’s C-Flap does just that and at minimal cost, with easy setup.

(Boombah also makes one of these for their helmets specifically)

Does the C-Flap fit on my existing Rawlings, DeMarini, etc. helmet?

Boombah claims theirs works best on their Boombah Helmets. On other helmets the certification doesn’t exist.

Markwort claims theirs works on most helmets. See our conversation on installing the C-Flap below.

Rawlings, Schutt, DeMarini, Slugger and and a host of over serious batting helmets work with the Markwort C-flap. Although Boombah does not suggest it is recommended, we found the Boombah Face Guard to work on a DeMarini helmet with the three screws provided. We use our Boombah version on a Boombah helmet. 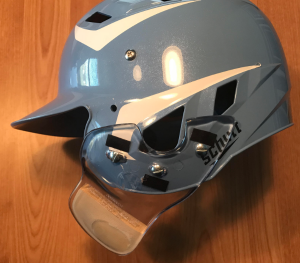 The Markwort C-Flap is a piece of padded plastic that attaches to the batting helmet on only 1 side, the side that faces the pitcher when batting.

Pro Tip: You’ll need a differently designed one for a left or right handed batter.

The C-Flap is an ingenious little piece of equipment. It may be just enough to turn that hesitant hitter into a more confident one. Or, make that anxiety ridden mom a little more relaxed about her little ballplayer—and the money invested in their dental work. The C-Flap is a:

Markwort makes no promises that its C-Flap will protect against all facial injuries. But, if worn and used properly should help prevent the majority of facial injuries.  Once installed it doesn’t leave enough of a gap for the ball to get between it and the bill of the helmet. Thereby, it also protects the eye without impeding the hitter’s vision. 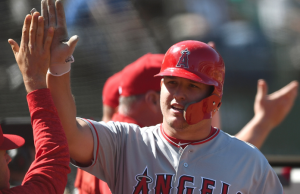 Our test player has used it for 2 practices and 4 games with no complaints. It did not obstruct vision or bothered him.  It made him atleast a little more confident at the plate. His teammates thought it was cool.

The C-Flap is fairly inexpensive at a cost of about $20 per flap. It is available for both right and left handed hitters.  If your player is a switch hitter you could get it for the side he makes the most plate appearances on. Or, install one on 2 different helmets (if that’s an option). Or, possibly, install one on each side of his helmet.

We can’t guarantee the last option would work but it does seem that both would fit without impeding vision or the ability to put the helmet on their head.  The C-Flap also comes in about 10 different colors which should coordinate with most uniform options.  We opted for the clear version since the helmet we installed it on is a Carolina blue and our player did not want white and none of the other colors matched up well.  On the clear version you can see the pad that is attached to the lower portion of the C-flap but doesn’t look bad at all.

Unless your player has access to a staff of clubhouse attendants like the MLB players, you are probably wondering about installation of the C-Flap.  Not to worry, we aren’t exactly experts or handy when it comes to fixing or installing things but this took less than five minutes and only one scraped knuckle.

The C-Flap comes with a handy little template you attach to the helmet with tape (our junk drawer swallowed our tape so we just held it in place by hand while we marked the holes).

Using the template, you:

Is It Worth It?

The whole process of installation honestly went much smoother than we were anticipating.  All necessary hardware is included with the C-Flap.  The C-Flap fits most brands of helmets including ABC, Adams, All-Star, Rawlings, Schutt, and more.  Ours is a Schutt model with a slightly different shaped ear hole. We covered the ear hole a little. But, it still seems to offer the protection needed and not restrict hearing or air flow.

Markwort’s C-Flap is definitely worth the small investment of time and money. The piece of mind of your player and yourself have, and looking like the pros, is plenty worth it.